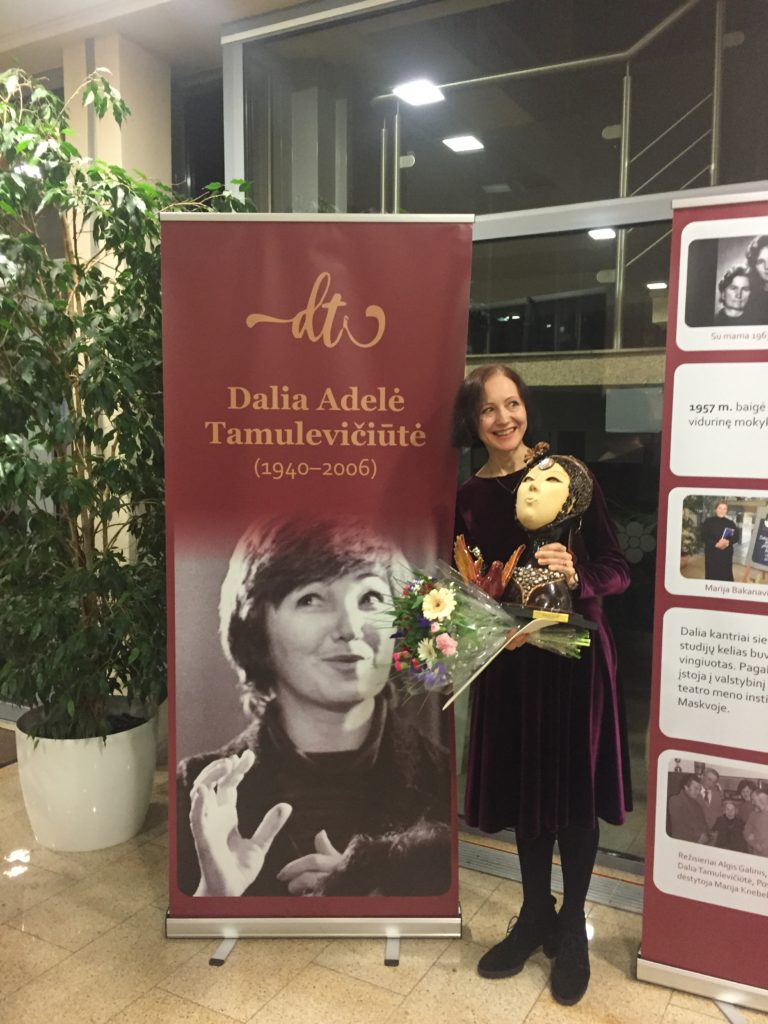 Actress Birute Mar became the winner of the 10th D. Tamuleviciute’s Professional Theatre Festival. The festival jury awarded Birute Mar as the “Best Actress of the Festival” for her roles in the Solo Theatre’s performance “Buddha in the Attic” (author and director Birute Mar) based on Julie Otsuka’s novel of the same name.  The honourable award was presented to the actress on 28 October, 2019 in Varena Culture Centre during the closing ceremony of the festival. More than 20 professional performances of Lithuanian theatres were shown at the festival in this festival celebrating 10th-anniversary.

theme WordPress
Back to top